The BC Foundation’s annual Sterling Silver event will air this Saturday at 7 p.m. on KGET and livestreamed on the KGET website and Facebook page. Read more: https://www.kget.com/news/local-news/dolores-huertas-role-in-farm-labor-movement-featured-in-virtual-exhibit-coming-to-bakersfield-college/

CNN: Here are the Martin Luther King Jr. words that inspire Dolores Huerta. Huerta, a civil rights [activist], formed a farmworkers union with Cesar Chavez and is president of the Dolores Huerta Foundation.

lCYMI: Civil rights activist Dolores Huerta tells Lawrence O’Donnell that it’s important that states prioritize farmworkers for the Covid-19 vaccines because “these are the people that are putting the food on your table.” 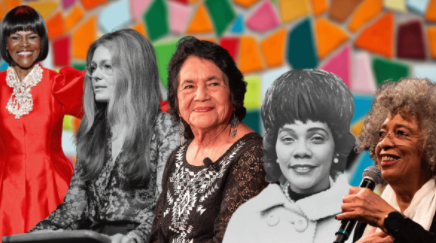 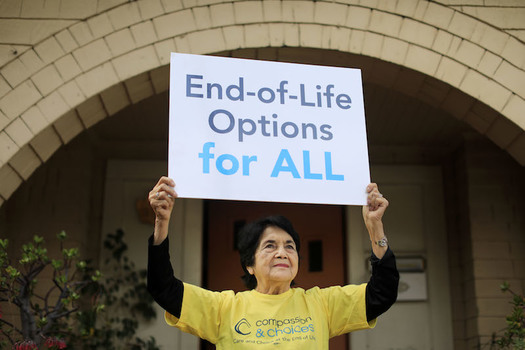 Activist Dolores Huerta has joined the nonprofit Compassion & Choices in advocating for passage of the Elizabeth Whitefield ‘End-of-Life Options Act’ in the New Mexico Legislature.

During these times, education has taken a different approach; we understand that this is not easy. We would like to congratulate graduating classes for their commitment & accomplishments View Exec. Dir. Camila’s remarks for La Verne’s Virtual Commencement. 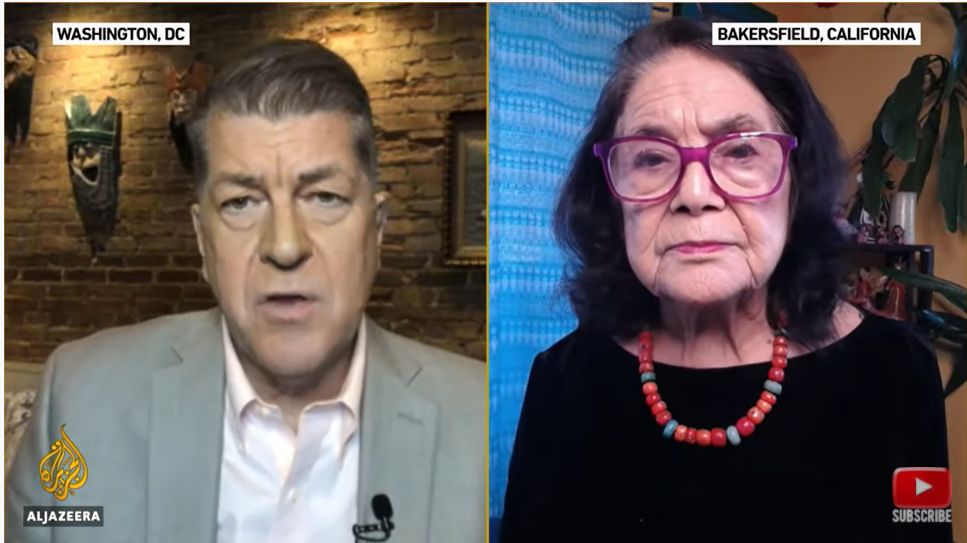 #ICYMI: Tune in for The Bottom Line’s podcast “Dolores Huerta on the plight of the American worker” at: https://podcasts.apple.com/us/podcast/dolores-huerta-on-plight-american-worker-bottom-line/id1498900868?i=1000507697310 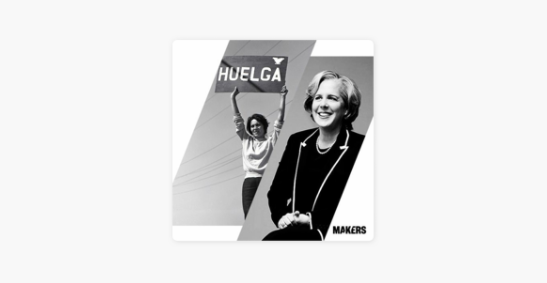 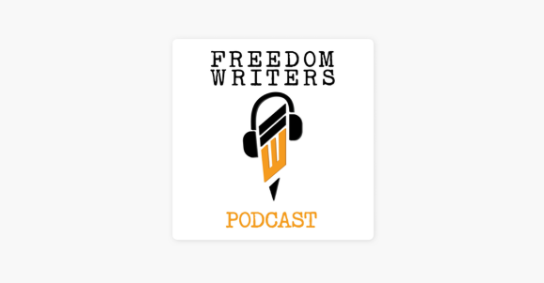 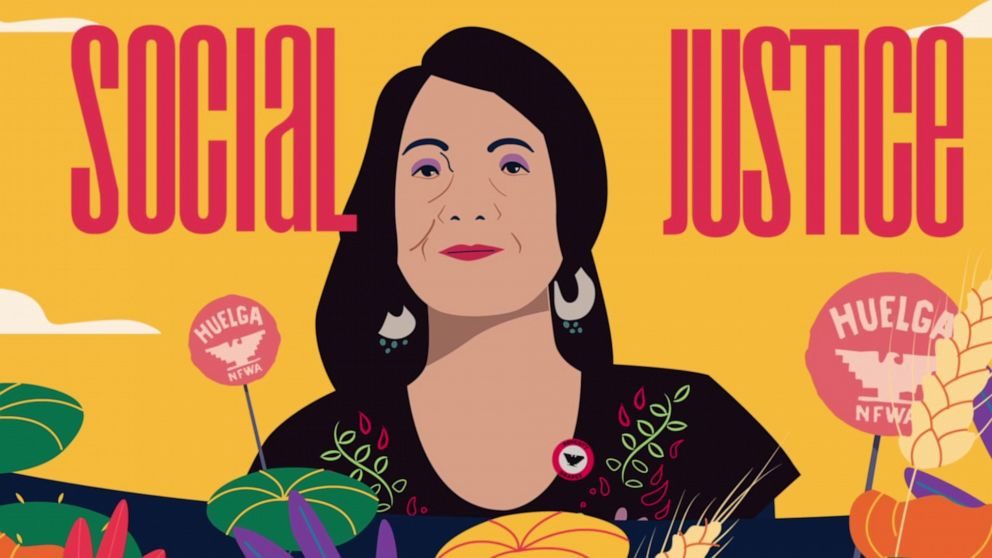 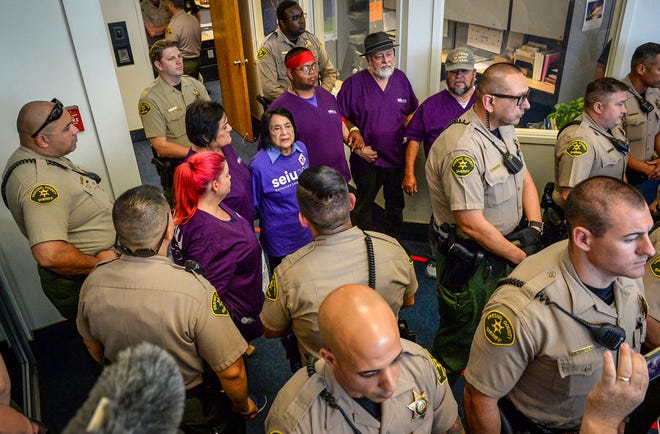 Teens 4 Equality in Action: Beyond Our Closets – LGBTQ Youth Speak Out for Family Acceptance

On Wednesday, October 11th, 2017 DHF Teens 4 Equality with support from DHF Equality Organizer, Dean Welliver, hosted Beyond Our Closets: LGBTQ Youth Speak Out for Family Acceptance. The event commemorated National Coming Out Day. Teens 4 Equality leaders  Emily, Chyna, Nena, Dennis, Andrew, and Julian led a panel discussion in which they shared touching, often emotional, but also joyful and hopeful stories about coming out and family acceptance. Through their experiences of coming out as LGBTQ youth in the 2010s, they related what they want parents and the community to know about LGBTQ youth and offered suggestions for how families and the community can be more supportive.

Dennis asked for people to take him seriously and not see his identity as some sort of joke.

Julian made a simple but powerful request, “Just hug your kid. A real hug – not a weak side hug! Tell them you love them, and say it like you really mean it!”

There was one overarching message for family and community, “Be openminded. Be willing to change your opinions and learn something new.”

Following the panel there was time for questions and comments between attendees and panelists. The courage and honesty of the youth inspired attendees to open up and share some of their own stories and explore what family acceptance means to them.

See news coverage of the event at this link. 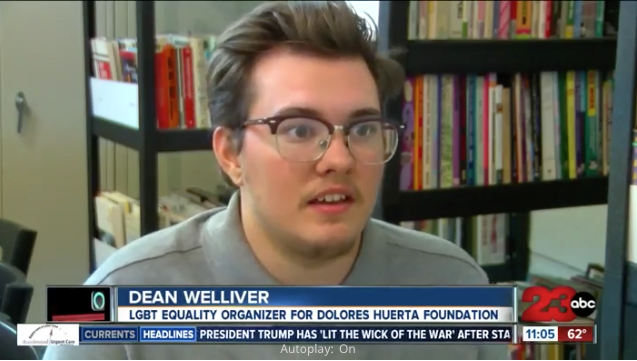 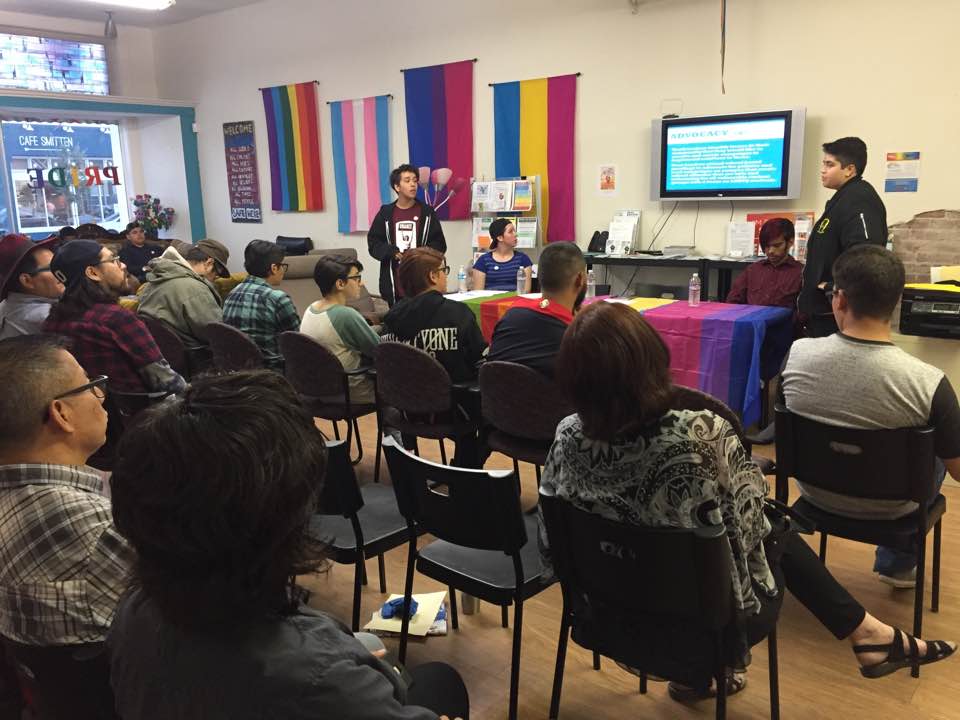 Event: Beyond Our Closets: LGBTQ Youth Speak Out for Family Acceptance, Wed. 10/11/17, 6pm 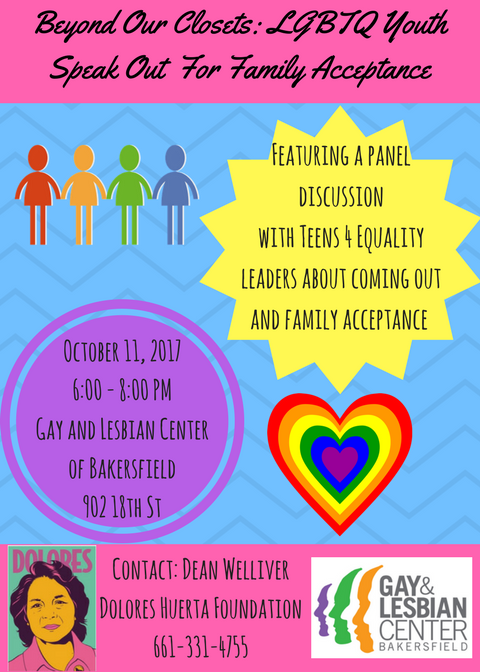 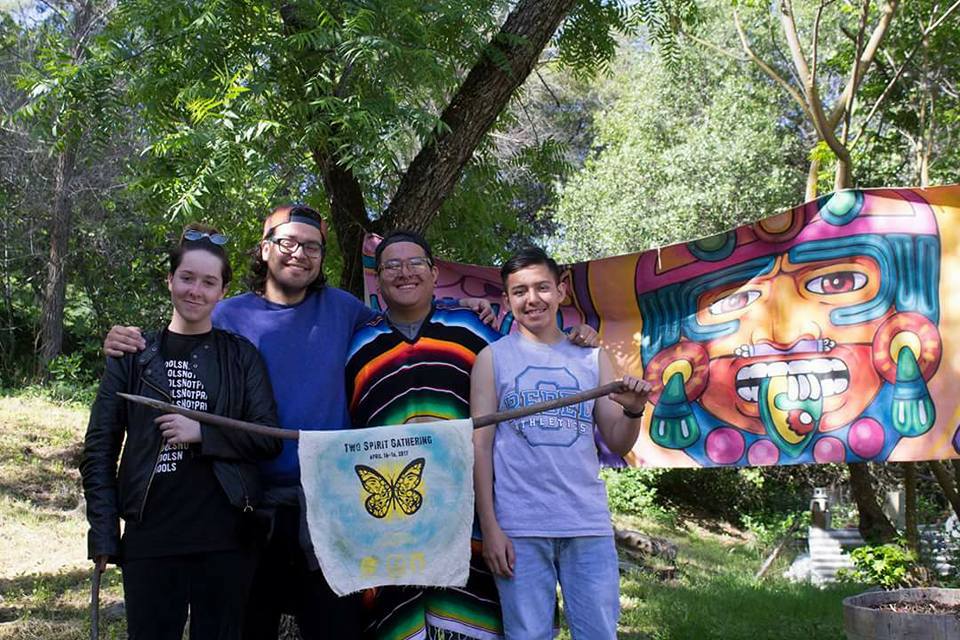 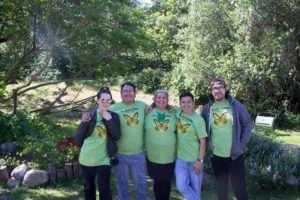 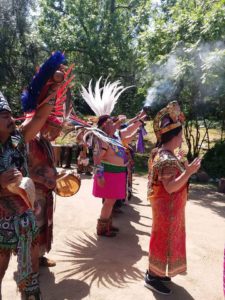 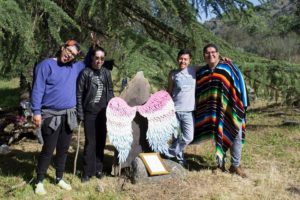 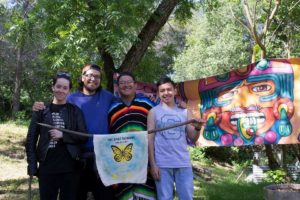 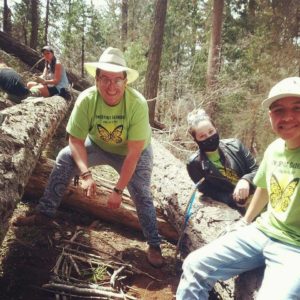 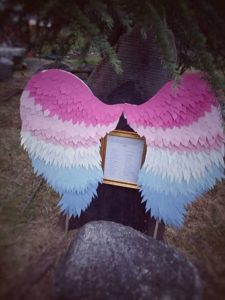 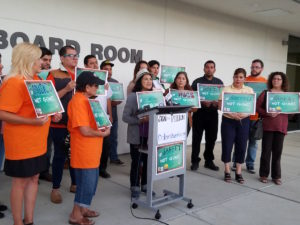 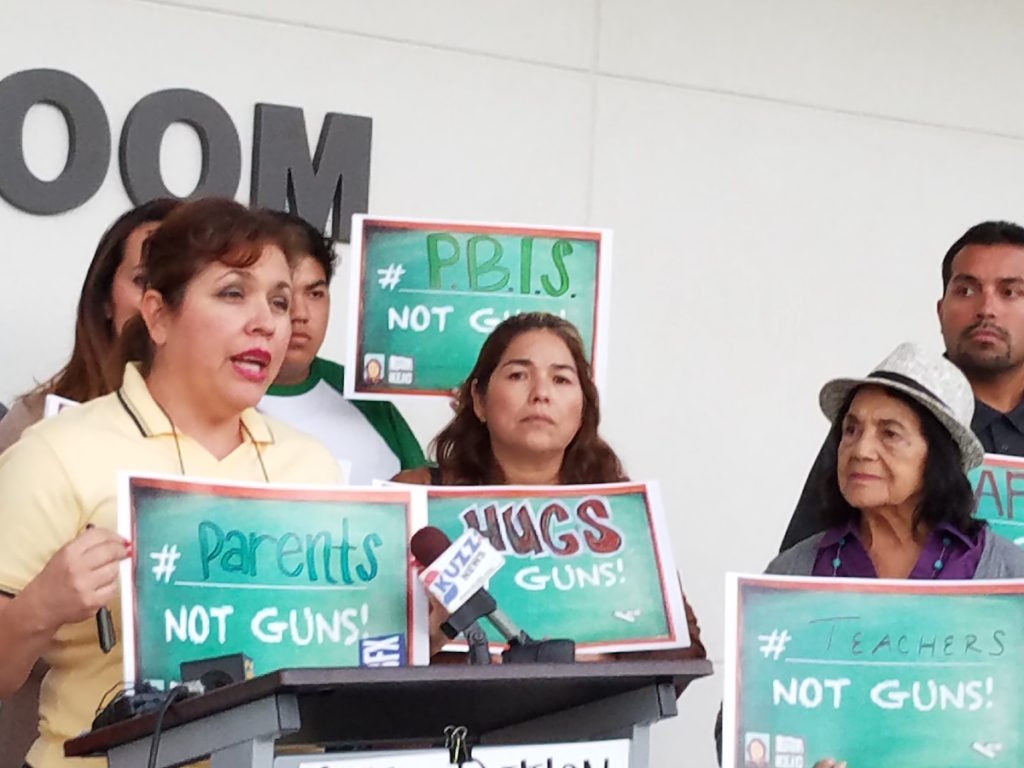 In January 2016, the Dolores Huerta Foundation launched its Lesbian, Gay, Bisexual and Transgender (LGBT) Equality Program. Equality Organizers, Moises Duran and Dean Welliver, are working to organize students, families, and community members to take a more pronounced and active role in creating safe and welcoming school climates, mobilizing the LGBT vote, addressing health inequalities like STD transmission rates and lack of health care services for transgender residents, and providing safe spaces for LGBT and straight allied youth to grow as leaders! DHF launched the program to address the inequalities that LGBT residents of Kern County are experiencing in the areas of health, education, youth, and civic engagement.

They started the group Teens 4 LGBT Equality. It is currently the only active community based youth group in Kern County providing engaging and fun extracurricular activities focused on building community and learning about LGBT identities and rights.

While California does have legal protections safeguarding LGBT student’s rights, Kern High School District (KHSD) has failed to make all students feel safe. KHSD Board of Trustees member Chad Vegas stated publicly that LGBT students are “sexually perverse” and “mentally ill” at a school board meeting addressing a non-discrimination policy intended to protect transgender students. He invited parishioners from his church who made disparaging comments towards the LGBT community, including the malicious misgendering of a trans-woman giving public comment. In the face of these hostile and traumatic attacks, the LGBT community showed great strength and poise and was ultimately able to celebrate the policy approval.

Youth in Kern County experience a lack of LGBT-inclusive social spaces. On June 17th, the DHF Teens 4 LGBTQ Equality group planned “Let Your Queer Glow”- the first teen-led Kern County LGBT youth dance. They transformed the Bakersfield Gay and Lesbian Center into a glowing neon space galaxy. Over fifty of their peers danced and enjoyed themselves without having to worry about potential backlash from other students and staff.

Fifteen year-old West High Student Toni attended the dance and said, “My favorite part was that I could talk with people that know what I’m going through. You get to be yourself and celebrate it. It’s really fun.”

“Joining Teens 4 LGBTQ Equality has had a positive impact on my life, because I would have never done stuff like this before! It has motivated me to go outside of my comfort zone and try new things! My favorite part of being in the program is that I get to be involved in the community and meet other youth who are facing the same challenges we face and who understand our problems!” –Teen Leader, Paola Hinojosa.

Teens 4 LGBT Equality, Dolores Huerta Foundation and allied organizations working together to provide a safer school climate, education, and visibility for LGBTQ Youth and allies were given extensive training on the school budget process and the Local Control Accountability Plan, how to advocate for their educational needs, and in core competencies such as public speaking, outreach, and facilitating meetings. The curriculum also explored the school to prison pipeline, sexual education/health, power and oppression, bullying and victimization, student’s rights and a history of the LGBTQ movement.  Youth discussed their personal experiences and identified gaps in services and policies in the Kern High School District (KHSD). Through the LCAP process, youth were provided an opportunity to directly advocate for their needs and practice public speaking. Fifteen students attended several LCAP public input sessions and provided recommendations to the KHSD board.

The students advocated for cultural competency trainings for staff, implementation of the School Success and Opportunity Act (allowing all students to participate in activities regardless of their birth gender), anti-bullying policies and procedures, implementing the California Healthy Kids Survey to understand health needs, gender neutral restrooms and greater LGBTQ resources at parent centers and counselors’ offices. In the final LCAP, approved by the KHSD board in June, many of the recommendations were included such as hiring additional teachers to reduce class sizes, hiring more counselors to increase the accessibility of academic guidance, more advanced placement classes offered and staff cultural competency trainings.