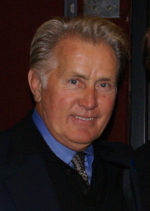 Martin Sheen is one of the busiest, most conscientious actors in Hollywood, putting together a Herculean body of work. He became established playing youths run amok, and though the resume boasts its share of villains, he has grown over the years into a patriarchal figure, whose rectitude and social responsibility is in keeping with his very liberal Catholic activism.

Born Ramon Estevez to immigrant parents, Sheen left his Dayton, Ohio home for the bright lights of NYC, apprenticing at Judith Malina and Julian Beck’s Living Theatre. He grabbed attention (1964) in Frank Gilroy’s “The Subject Was Roses” with a Tony-nominated turn as a returning war veteran opposite Jack Albertson, later reprising his roll in the 1968 film version. Sheen’s feature debut came as a delinquent terrorizing the occupants of a subway car in “The Incident” (1967), but his real breakthrough came as the alienated, amoral yet charismatic killer on the run with Sissy Spacek in Terrence Malick’s “Badlands” (1973).

In the 70’s Sheen embarked on a series of critically acclaimed projects for the small screen, earning an Emmy nomination for his sensitive portrayal of the deserter in “The Execution of Private Slovik”. Also, that same year was the powerful “The Missiles of October” which saw him slip into the skin of Attorney General Robert Kennedy, his first of many fictional forays into political life. Sheen’s turn as the military assassin sent to terminate the command of crazed Marlon Brando in Francis Ford Coppola’s “Apocalypse Now” remains one of his signature roles.

Despite the time devoted to social justice, his amazing output of film and TV roles has never slowed. He donated his salary for his work on “Ghandi” (1982) to various charities and he portrayed a union official father at odds with the insider-trading world of his financier son (Charlie) in Oliver Stone’s absorbing “Wall Street” (1987). He executive produced and starred in two features, playing Bernard Hughes’ son in “DA” and a trial judge in Leo Penn’s “Judgment in Berlin”, and he also executive produced and starred in the TNT movie “Nightbreaker” (1989), in which son Emilio essayed his character at an earlier stage.

One of the nost prominent feature roles of the 90’s came as an advisor of “The American President” (1995), which introduced him to screenwriter Aaron Sorkin. So it perhaps came as no surprise when he surfaced as US President Josiah Bartlet on the critically acclaimed “The West Wing”. Finishing up seven years on “The West Wing”, Sheen released three new movies in 2006 including Martin Scorsese’s “the Departed”, Gregory Nava’s “Bordertown”, and “Bobby” which was written and directed by Martin’s son Emilio.

Martin has been married to his wife Janet for over forty years and their four children, Emilio, Renee, and Ramon Esteve and Charlie Sheen, are all involved in the entertainment business.

Martin Sheen actively promotes the principles of Catholic social thought in word and in action. His passion for activism and its necessary place in today’s political, humanitarian, and social arenas has inspired generations. For over four decades, he has been an ardent supporter of causes that advocate peace and encourage justice throughout the world.