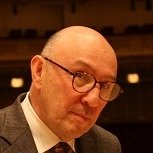 Prior to establishing Hawley Morton Productions, Inc. in 1995 John X. Fernandez, Jr. provided more than ten years of technical and management expertise to The Metropolitan Opera and Carnegie Hall.

John Fernandez has had the privilege of working with several of America’s leading arts institutions including five years at The Metropolitan Opera as the Assistant Technical Director and seven years at Carnegie Hall as Director of Operations. In this position he oversaw license agreements, rental fees, capital needs, collective bargaining, box office services, food and beverage, stage labor, ushers house managers and other staff. He implemented services to facilitate the successful presentations of all front-of-house staff, ensuring a well produced event. Additionally, he was co-producer for the Carnegie Hall Centennial, producing a variety of television programs and over 100 live performances.

During his tenure at the Metropolitan Opera, John Fernandez assisted in the management of twenty-one different Unions, while managing the success of twenty-five operas in repertory for a thirty-five week season. He worked in managing all areas of opera production including design of scenery, props, costumes, lighting, wigs and make-up. He managed the stage crew and over two hundred employees involved in the successful mounting of an opera production.