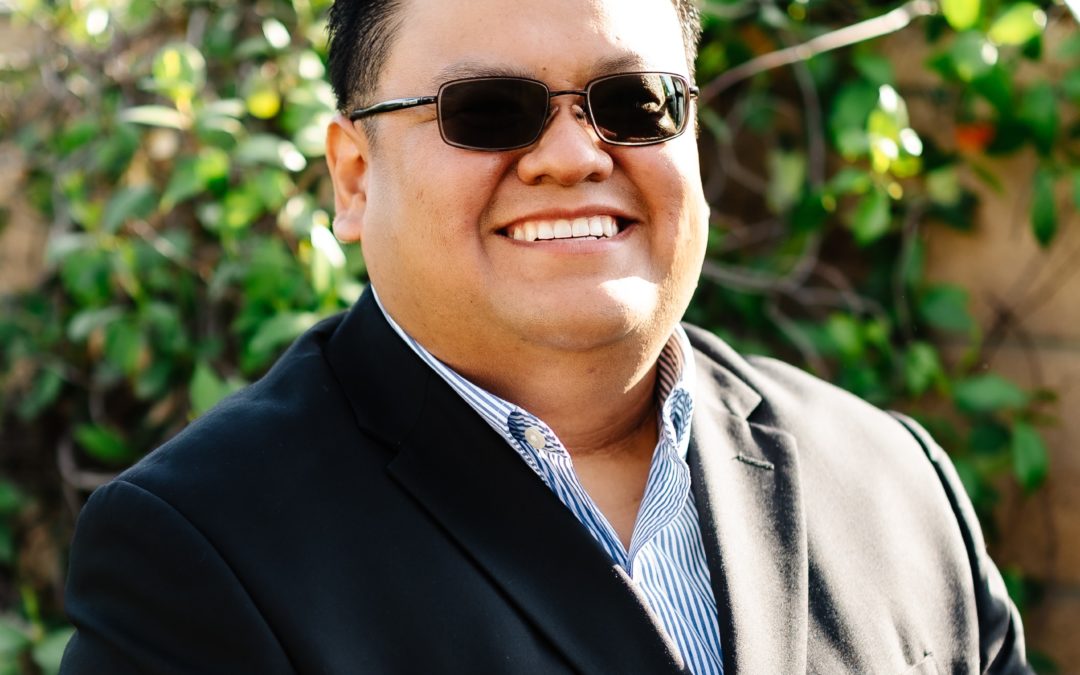 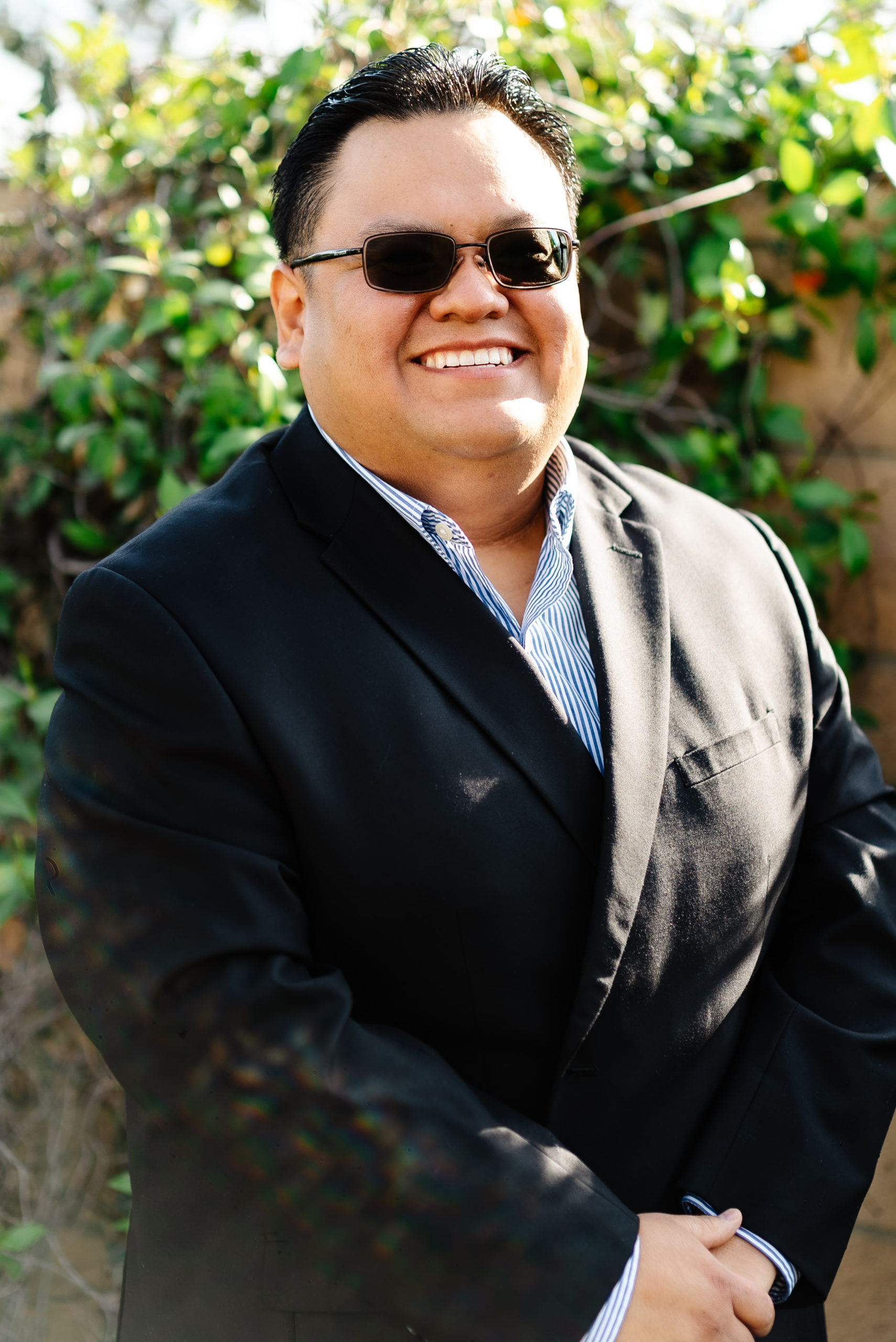 As a Community Organizer in Tulare County, Angel strives for community-based empowerment. By educating the community on local, state, and federal policies that affect them and providing the community with the right tools to solve their issue, no matter how big or small the problem may be. Angel teaches the community that their participation in government matters because people hold the power when it comes to education, infrastructure, and public goods and services.

Before joining DHF, Angel worked at a few internships where he became involved in different levels of government. During Gavin Newsom’s 2018 campaign for Governor, Angel became an effective amplifier of the campaign’s message at town halls and rallies where he eagerly engaged with attendees, turning undecided voters into supporters and supporters into volunteers. He also interned with Assemblymember Jesse Gabriel from California’s 45th District and Councilwoman Nury Martinez from Los Angeles’ 6th District. 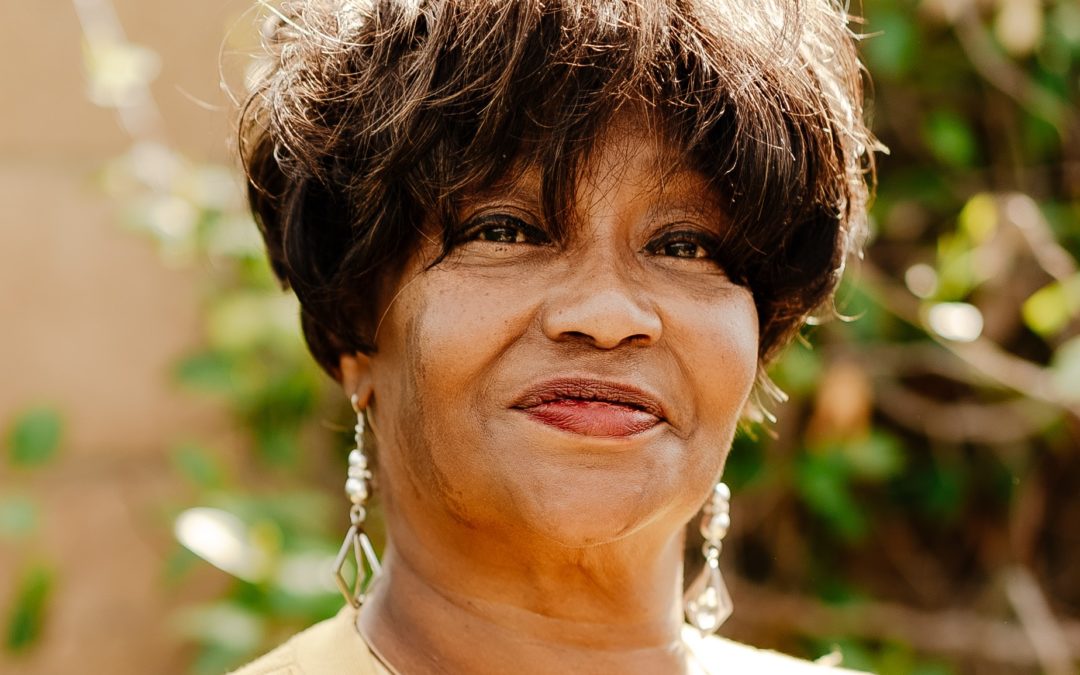 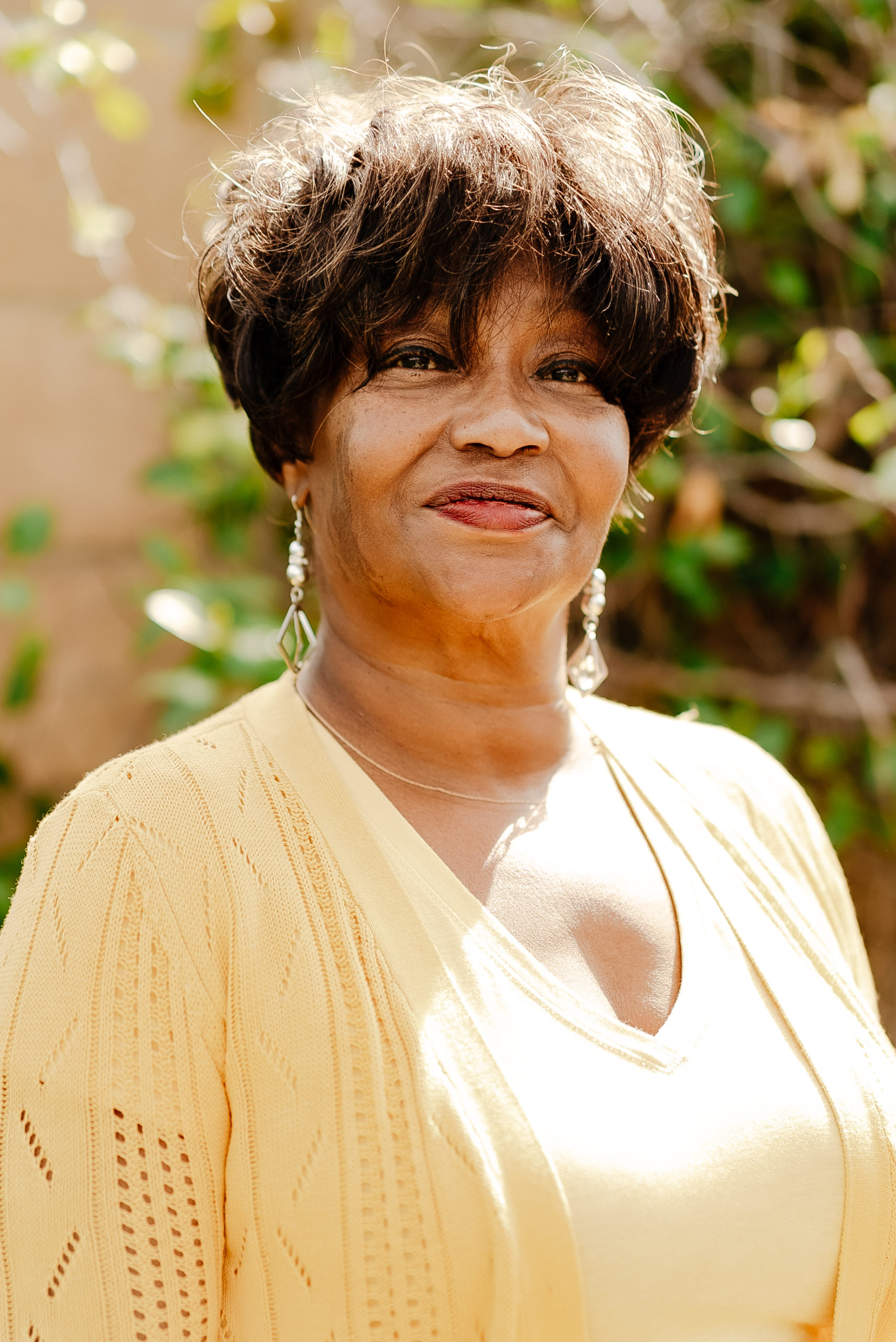 Carol Watkins is an Alabama native. The injustices in education, particularly those faced by young African-American students, have led Carol to the Dolores Huerta Foundation. She aims to fight for youth of color in schools who face unjustified suspension and expulsions. She organizes in California City, where young students of color face the highest rate of suspensions and expulsions in the State of California. Carol strongly believes in social justice and has a worldly perspective about things coming together in full circle.

Carol loves reading; her favorite book is The Lord of the Rings by J.R.R. Tolkein and is currently reading Maya Angelou’s The Heart of a Woman and I Know Why the Caged Bird Sings. She also loves trees and believes they would be quite the storytellers, if only they could talk. 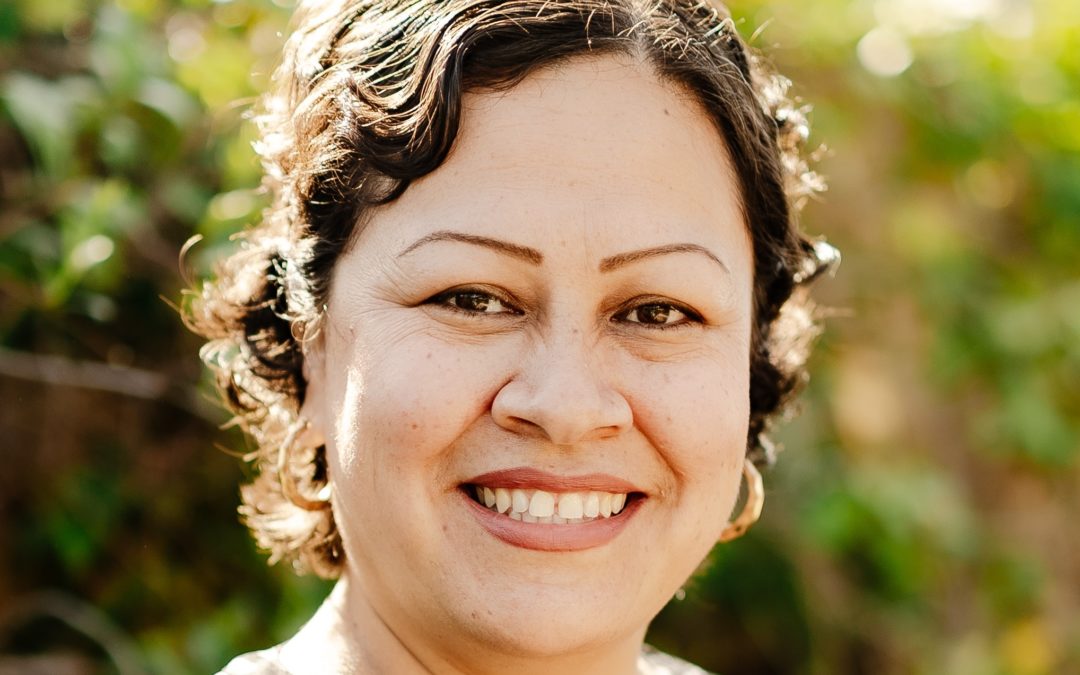 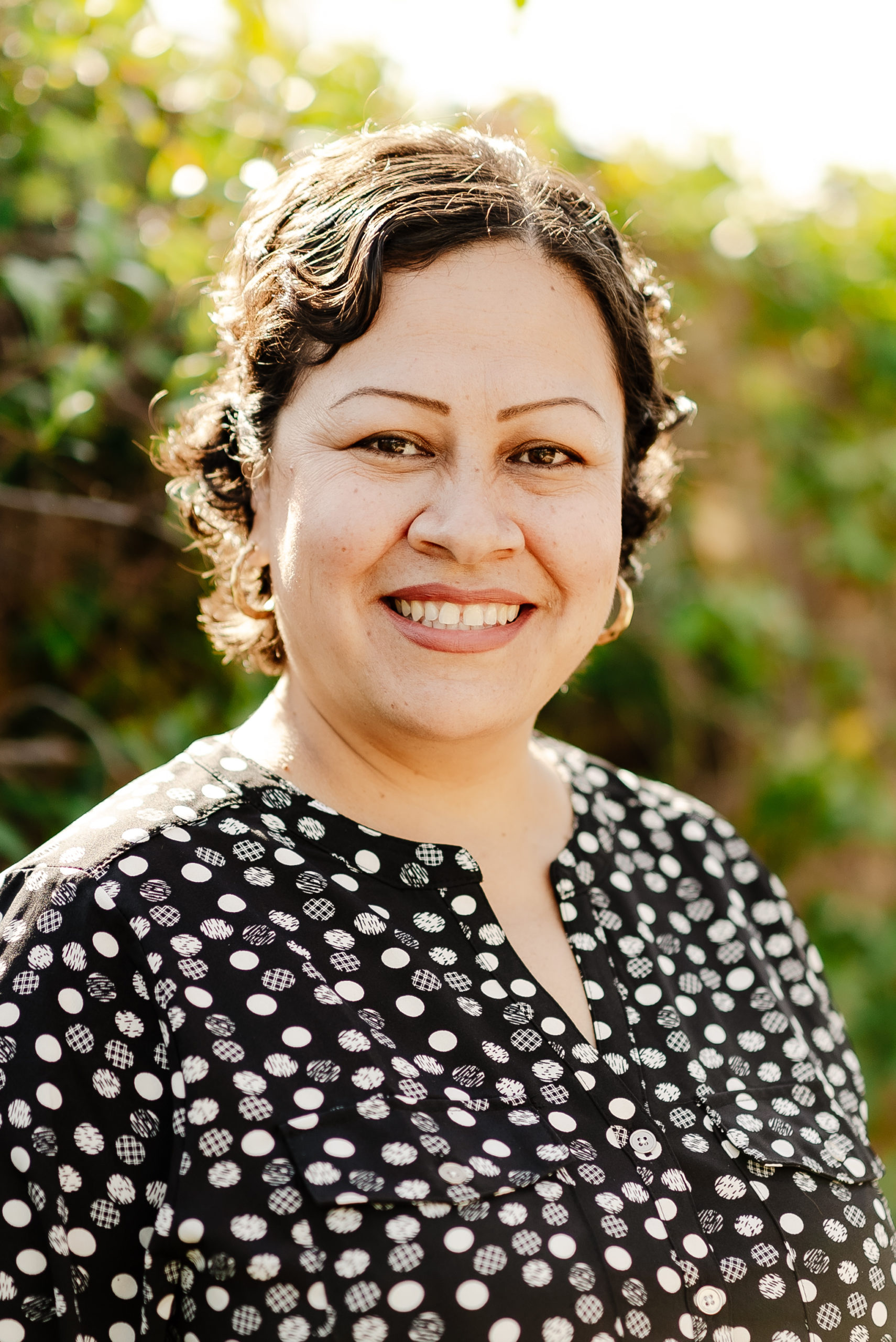 Cecilia Delgado is proud a Community Organizer for Lamont and Arvin chapters and work with a majority of people who are Spanish-speaking fieldworkers. Her greatest passion in life is helping others in need. As a member of the Bakersfield chapter of Vecinos Unidos, Cecilia advocated for the summer school program at BCSD because her children attended every year and she believes that every day counts when it comes to giving students a quality education. She has also advocated for safety improvements for her neighborhood like adding stop signs, cleaning vacant lots, and collecting signatures to request speed bumps. As a trusted community member, people reach out to her for guidance if they’re unsure about something or if they have questions.

Cecilia is originally from Colima, Mexico. She came to California when she was 6 years old. She is the oldest of 4, grew up in East Los Angeles, moved to Bakersfield in 2006 and has lived here since. Cecilia brings over 20 years of experience working with Housing Authority in housing development, low income public housing, section 8, and special programs housing the homeless. She has always been a curious person which makes her a great problem solver. She believes that people are comfortable with the status quo because they don’t know how to ask for change. If she sees something wrong, she’s definitely going to speak up and empower others to advocate for themselves.

When she’s not working, she has volunteered her time helping at schools, homeless shelters, and community clean-ups. In her free time, she likes to relax and rest away from technology and her home. She enjoys photography, mostly taking photos of her children. She has visited several states in Mexico and plans to continue her travels and learn more about her culture. She’s married and has a daughter and son and encourages them to pursue their education and dreams. 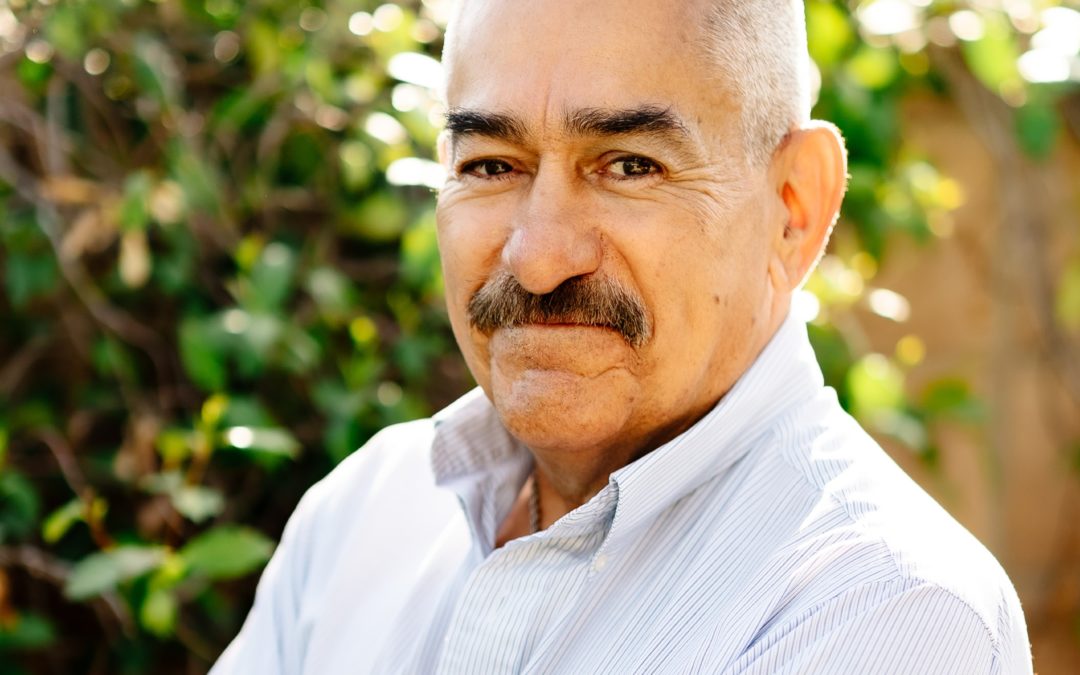 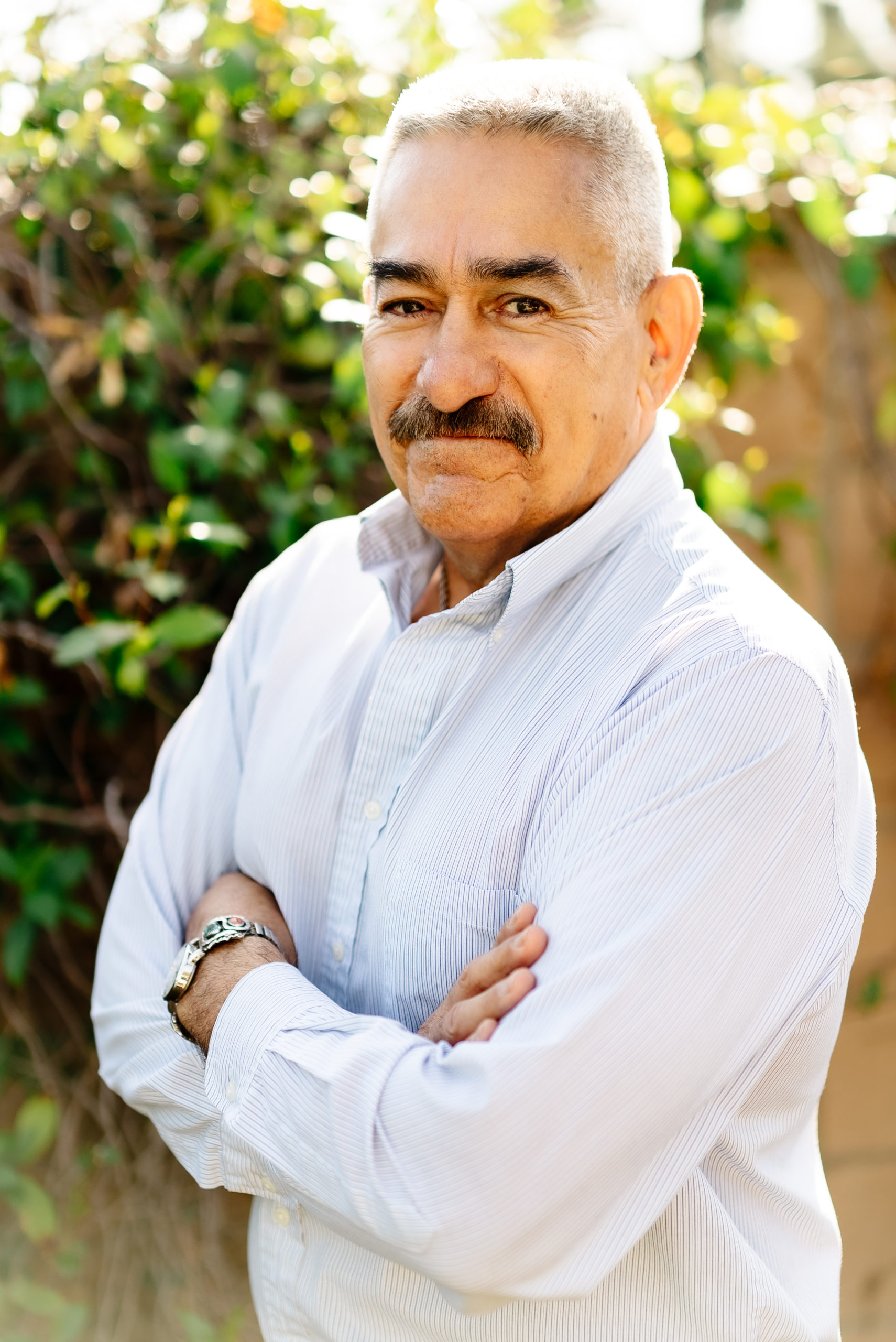 Gerardo grew up as a child of the movement witnessing the farm worker struggle evolve since 1962. Alongside his father he worked the Robert Kennedy Presidential Campaign in Los Angeles in 1968. Participated in the Coachella grape strike in1969 and later the grape boycott in the greater Los Angeles area. In 1971 his family moved to the UFW Headquarter in La Paz where his father’s role was as Cesar Chavez’ bodyguard. In 1972 Gerardo worked on the Arizona Governor recall campaign where the slogan ‘Si Se Puede’ originated, During Cesar’s fast in Arizona and other times he occasionally backed up the security detail. Also while living at La Paz worked on the Proposition 22 campaign in Los Angeles. In 1973 traveled to the grape and lettuce Boycott in Detroit Michigan. Returning from the boycott he volunteered in Fresno at the UFW’s First Constitutional Convention as Base Communications Operator for security. Moving back to Tulare county in 1973 worked for RAYO (Real Alternatives for Youth Organization) as a community youth advocate representing minors and their families in court during the Juvenile Justice System Process. Developing recommendations for the judge other than incarceration. With “Libre, Inc.,” and” Proyecto Adelante.” Worked as a counselor motivating and assisting high school students to enroll into Colleges and Universities. He attended a Private Campesino Jr. College named, “Collegio” De La Tierra in Del Rey, California. While in College he was part of, and toured with, a street theater troupe named “Teatro Del Barrio Libre”.

During those Collage years he took time off to work on the Proposition 14 campaign in San Francisco and Sacramento where he was lead picket captain. After the prop 14 campaign he returned to the “Colegio”, completed his courses, and was in the top three of his graduating class. In the late 70’s went to work with the UFW Law Office in Salinas. He traveled to Calexico and Mexicali tracking down plaintiffs in a lawsuit against growers. In the 80’s worked for the UFW Service Center at the Forty Acers in Delano as a amnesty legalization administrator, legalizing undocumented field workers. Four years of Federal Government employment in the US Treasury Department. Two of those years with (PSP) Processing and Special Projects. In the 90’s and early 2000’s spent over ten years as a criminal investigator during which one murder case he worked on was featured on “Cold Case Files” – “Baby for Sale”. Seven of those years investigating was for the Child Protective Service where he also served five years as Local Chapter President of SEIU. Prior to Covid19 he worked seventeen years crossing the United States conducting interviews for an international research company. Gerardo is looking forward to once again being of service to the communities in the San Joaquin Valley. His passions before the age of 30 were boxing, wrestling, karate and meditation. His passions now are photography and writing. 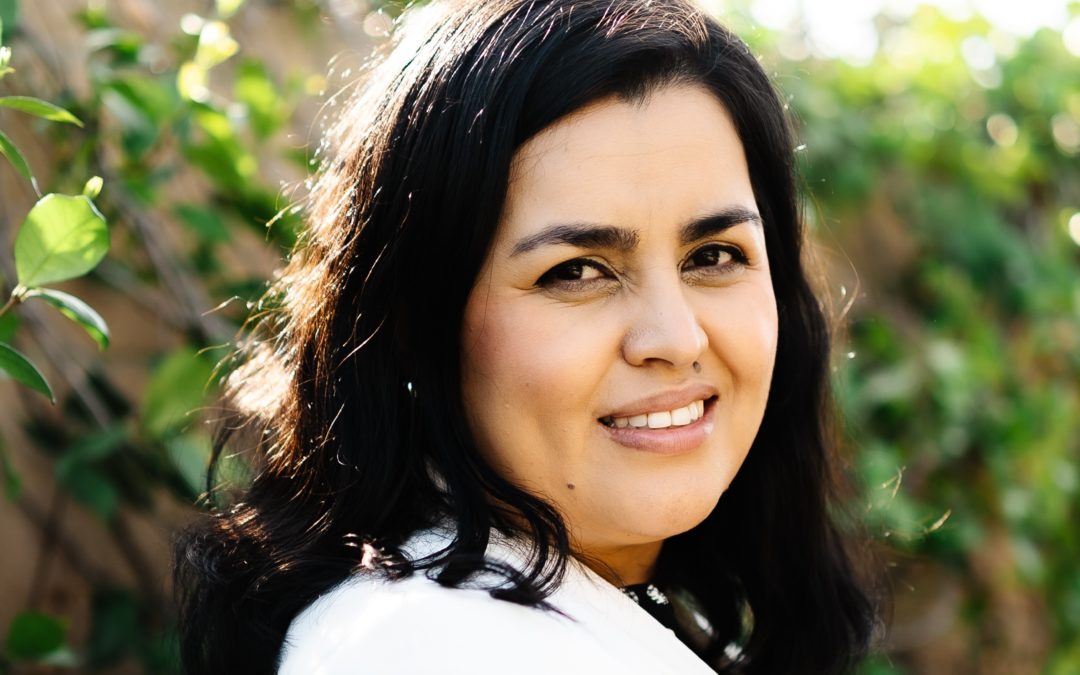 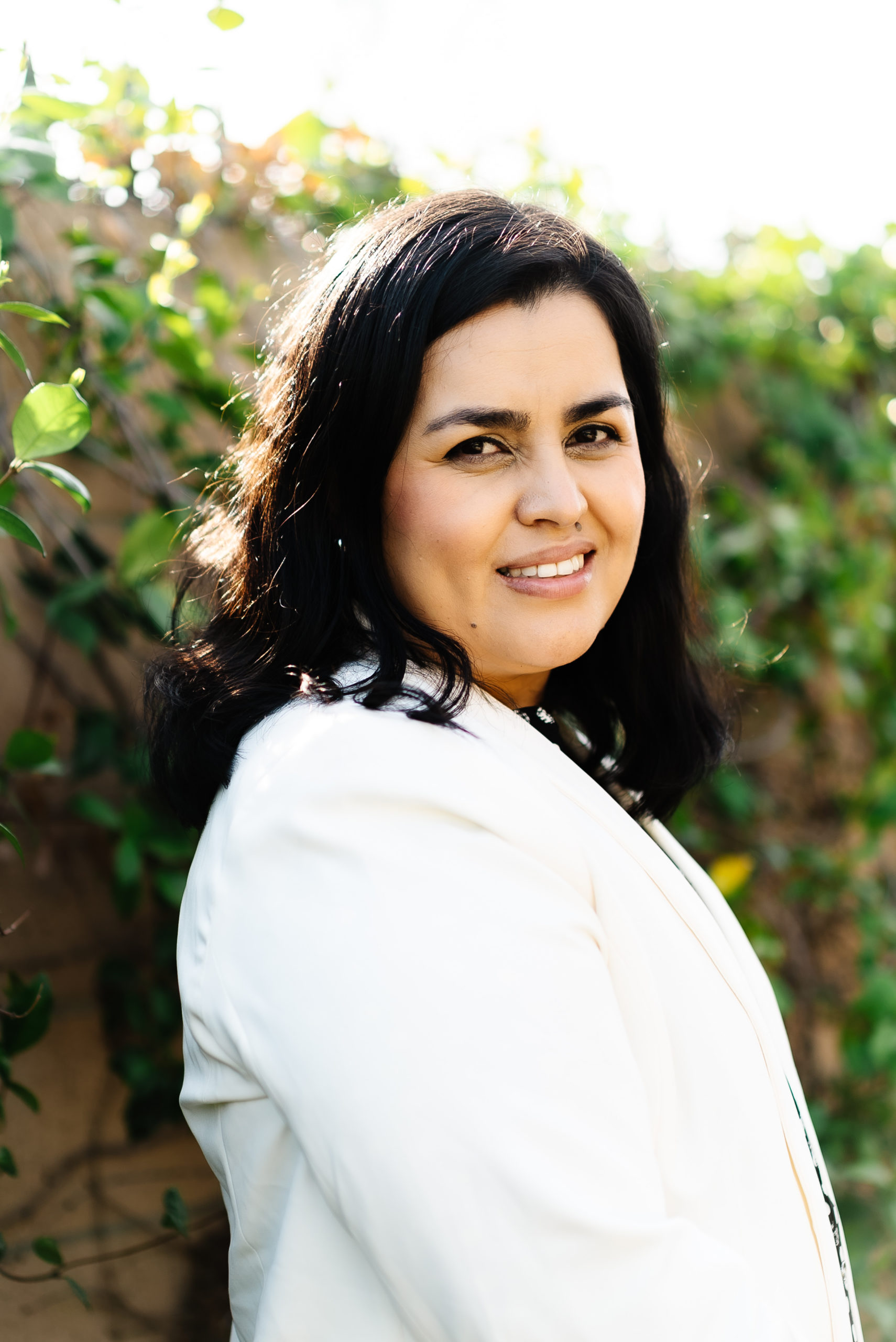 As the Community Organizer, Luisa oversees the Lindsay and Woodlake chapters. Her greatest passion is to share the knowledge she acquires to help those in need. Through her involvements in El Quinto Sol de America, PIQUE, Parenting classes, Peace, La Segunda Taza de Café, Parenting Network, Abriendo Puerta, School Site Council, DELAC, and CAPS, it is apparent that she has been able to share her passion with the community. Some of the efforts she has participated in are gathering signatures, encouraging the district to stop spraying Chlorpyrifos around schools, and helping organize the Women’s Conference of El Quinto Sol de America.

Luisa, a former Vecina Unida, witnessed first hand the educational inequalities children with special needs face. She felt the urgency to organize around the issue and help educate community members to advocate for those who are underrepresented. She also strives to promote education and health equity among schools in search of social justice.

As a mother, she encourages and supports her children’s dreams to pursue their goals. She also teaches them about the importance of the richness of the Mexican culture, heritage, and traditions. 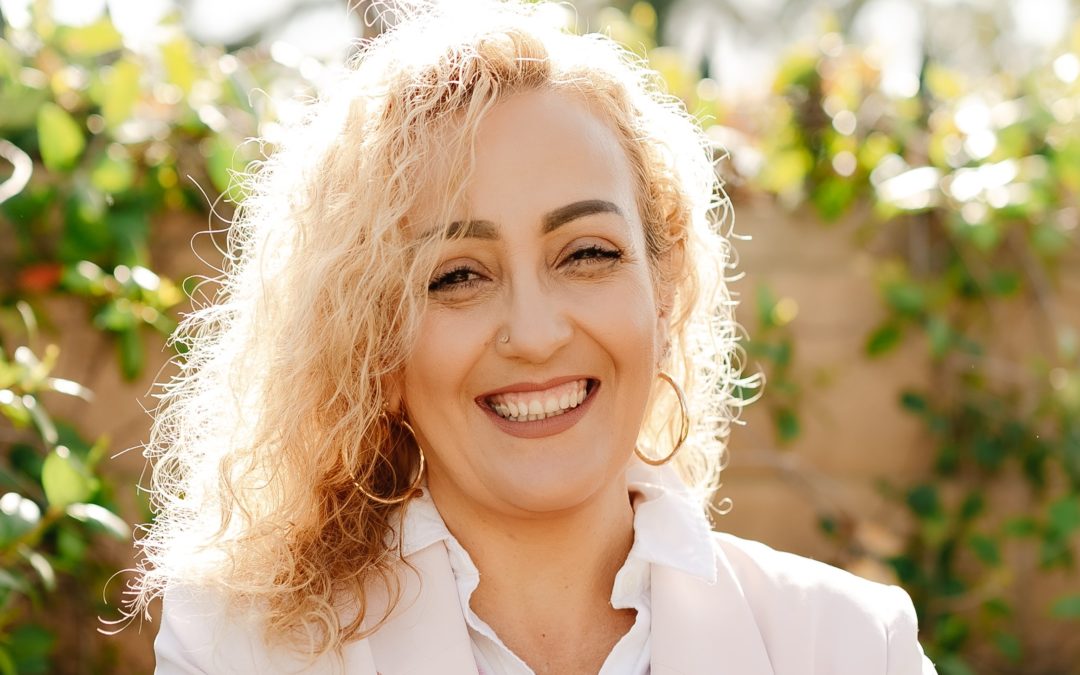 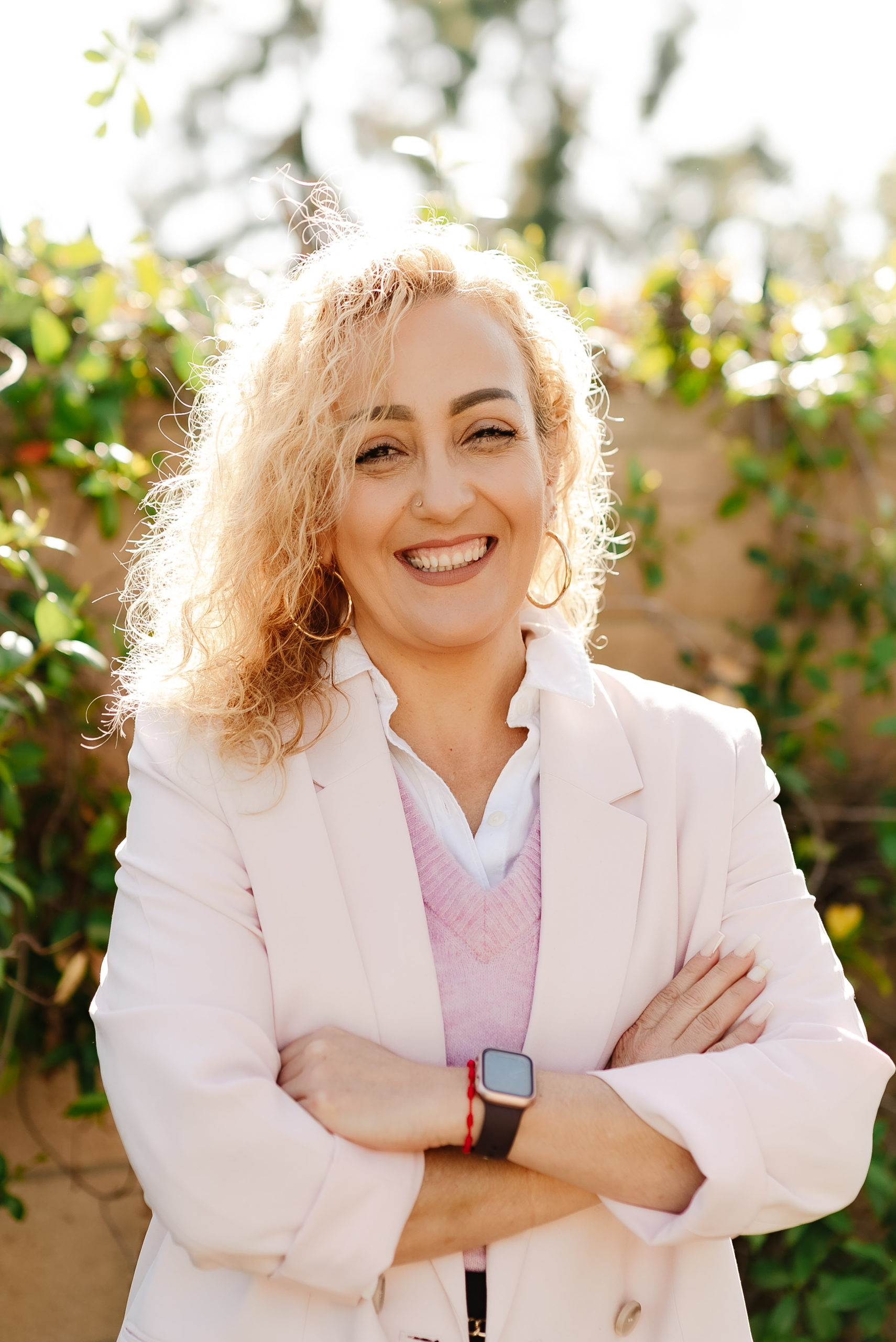 Olga Loza organizes and empowers the rural communities of Sanger and Parlier, CA whereas she trains, educates and inspires folks to pursue policy advocacy and equitable systemic changes for a more just society. Previously, Olga was a Seasonal Canvasser where she engaged with residents about the importance of the 2020 Census. Olga enjoys volunteering in school committees at her local church where she has been a catechism teacher for the past 5 years. 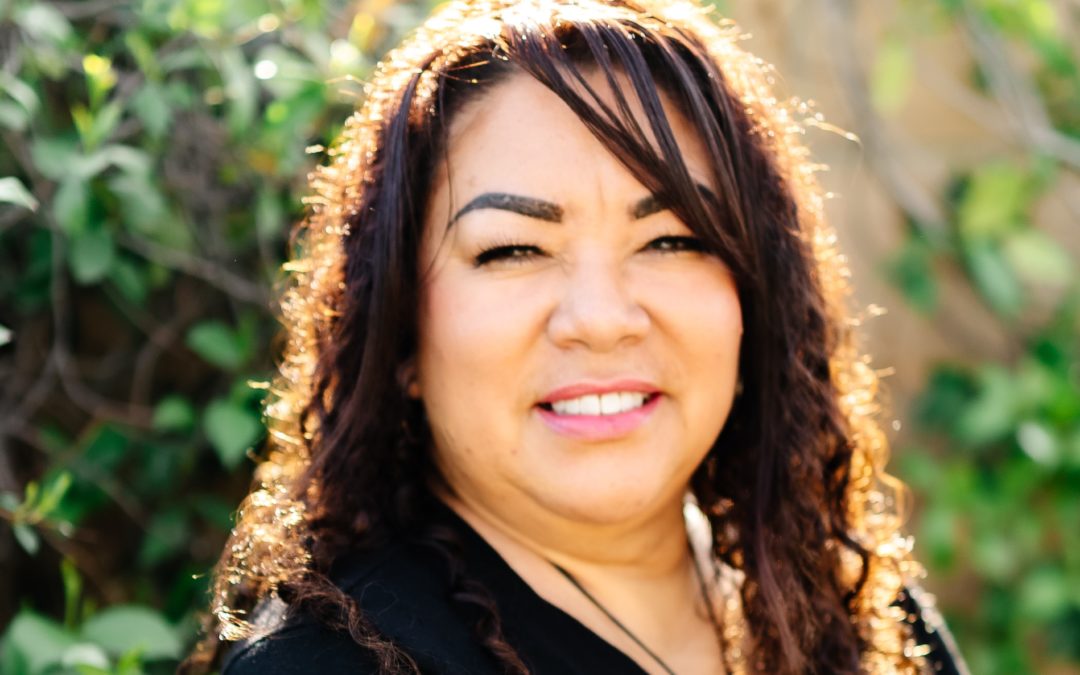 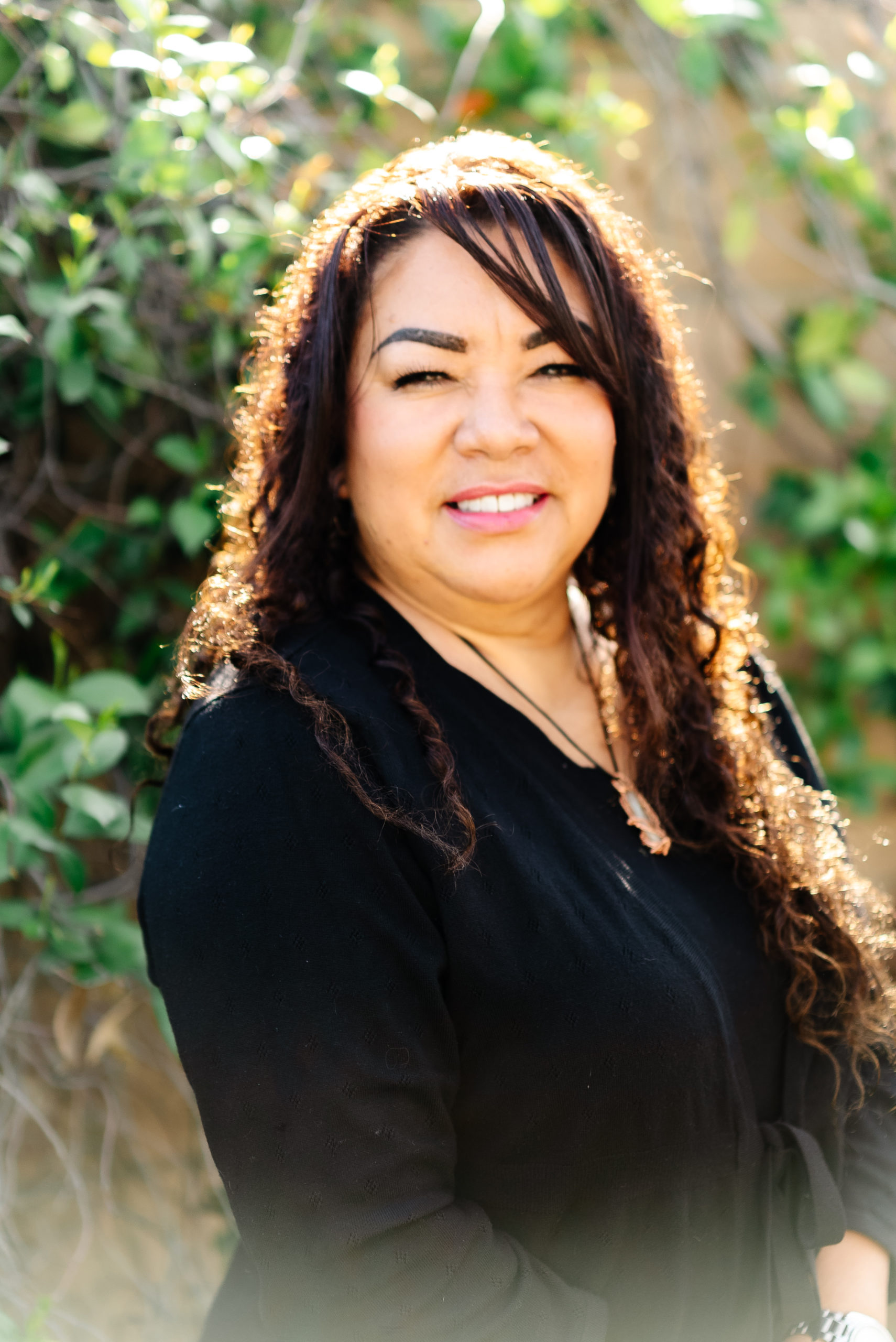 Ruth Sanchez is a Resource Center Manager in the Antelope Valley area in Los Angeles County with the Dolores Huerta Foundation. Ruth focuses her work on empowering low income communities, veterans, and the youth. As a Mother of two sons and a multiracial family, she uses her voice and experience to communicate a positive message to many low income families and their children who have experienced struggles with law enforcement, city officials, school and homelessness. Ruth is passionate about advocating for women, single parent families, and immigrants and strives to uplift those around her and the communities she serves.

In addition to her organizing duties at DHF, Ruth is an activist with the ACLU Socal and NorCal branches. Ruth has organized community events to raise awareness for individuals experiencing homelessness and veterans, organizing trips to Tijuana to bring much-needed supplies to deported veterans. She has maintained a continuous presence at almost all Antelope Valley council meetings and social justice events and has established herself as a pillar in the community. When not working, Ruth enjoys crafting and crocheting.