The Dolores Huerta Foundation’s focus within the education program is on organizing, training, and empowering parents to advocate for the rights of their students, including advocacy for lower suspensions, expulsions, and involuntary transfers, which are currently perpetuating the school-to-prison pipeline.

In 2012 DHF joined the Kern Education Justice Collaborative (KEJC), a network of South Kern partners supported by Building Healthy Communities South Kern (BHC-SK), as the lead organization in the fight to incorporate programs that will improve school climate, lower suspensions and expulsion rates and to create more support for at risk students (low-income, English learners, and students with disabilities).

In addition to advocating for the above LCAP recommendations, the Dolores Huerta Foundation and the KEJC are involved in the following efforts:

Integrated Voter Engagement – The DHF has built voter support for education reforms over the past 5 years by including an education component in its civic engagement programs and building a base of civically engaged leaders. They educate and organize residents and voters through house meetings, parent and student conventions, hands on parent trainings, and monthly community forums. Through our IVE work, we have identified 22,161 supporters that they talk to 2-3 times per year and engaged over 800 volunteers. DHF has organized multiple candidate forums in Arvin, Lamont, and Bakersfield with media and community partners.

When asked to explain the inordinate expulsions, administrators responded by claiming it was done in the name of safety. Christina Frazier, Kern County’s Superintendent of Schools, said that students are “not being expelled for pushing and shoving . . . . it is really hard to look away when they’re bringing a gun or a knife or selling drugs.”

They also claimed that no one was complaining about the situation. “There has been no call for a change from students’ parents or the community,” said Brian Batey, Kern High School District Trustee. “No one is running for the board on a platform of keeping obscenity-spewing or drug-selling kids in school.”

In fact, serious violations requiring mandatory expulsion, such as, brandishing a knife or bringing a gun to school, constituted a minority of the offenses. The majority of expulsions were for offenses in which administrators had discretion to recommend a punishment other than expulsion, such as fighting, being intoxicated, or engaging in “willful defiance,” a highly subjective, catch-all, category that is so vaguely defined as to include any form of disobedience such as classroom disruptions, cursing, etc. Safety, therefore, was not the primary factor in such high expulsion rates. Rather, it is a zero-tolerance, law-enforcement-first mentality attitude to school discipline applied by administrators within school communities.

Kern County schools were clearly doing a disservice to a substantial percentage of their students by removing them from a path to graduate on time and to begin college or a career. Recent research shows that students who are expelled or suspended are more likely to dropout and/or go to prison. With an expulsion rate of 15 per 100, Kern schools funneled thousands of its students into the school-to-prison pipeline and made them more likely to end up in prison or on some kind of public assistance.

When the Dolores Huerta Foundation became aware of these numbers, we sprang into action. We partnered with “Families in Schools” to build the capacity of like-minded organizations through funding and technical support in order to engage parents, families and the public in the decision-making process.

Through our advocacy efforts in education, the Dolores Huerta Foundation has had an impact. Here are some of our victories:

Dolores Huerta Foundation continues to empower parents by offering periodic trainings. The most recent is a 10-week training targeting Lamont parents in partnership with Lamont School District. The curriculum is comprehensive and includes sections on parent rights, school resources and programs available, English language learners and the reclassification process, the structure of the school district, responsible leadership, basic information about how schools are funded through the LCFF, and the LCAP Process.

“‘I am change’ conference by DHF offers high school students lessons on how schools are funded,” 23ABC News, Jan. 22nd, 2015.

“Time for KHSD to make some changes,” in Bakersfield Californian, June 19, 2015

The Dolores Huerta Foundation has partnered with The California Endowment to create the “School Discipline Handbook for Parents and Students”. Downloadable PDF version of the handbook (En inglés y español) are available below.

What is PBIS and Restorative Justice?

PBIS is a system of discipline which aims to change disciplinary attitudes and approaches in teachers and administrators. The system is based on (a) a clear definition of behavioral expectations valued by the school community, (b) continually teaching students what the behaviors look like through concrete examples, (c) a reward system for students in compliance, and (d) a 3-tiered continuum of consequences for behavioral violations.

Restorative Justice, on the other hand, is a disciplinary method which focuses on changing the mindset of the offender by initiating a dialogue between the victim(s) and the offender. The offender is also required to confront the harms that are done to the larger community. During this process, the restorative justice circle, as it is called, is where all the parties come together to discuss the situation and attempt to redress the harms. Central to the idea of restorative justice is the idea of restoring balance in the community by redressing the harm done by the offender

Support For Those Struggling to Make Utility Payments

DHF encourages community members who are behind more than $500 and up to $1000 in their utility bills to access relief programs through their...

END_OF_DOCUMENT_TOKEN_TO_BE_REPLACED 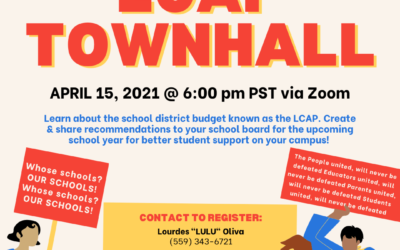 Learn about the school district budget known as the LCAP. Create & share recommendations to your school board for the upcoming school year for...

END_OF_DOCUMENT_TOKEN_TO_BE_REPLACED

Join us April 1st at 6:30 pm PST for Teaching the Life of Activist Dolores Huerta alongside CTA Santa Clara Equity Squad. Learn more about the K-12...

END_OF_DOCUMENT_TOKEN_TO_BE_REPLACED 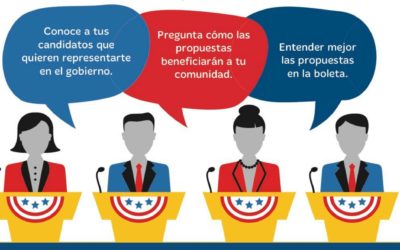 END_OF_DOCUMENT_TOKEN_TO_BE_REPLACED

If you or someone you know may be experiencing homelessness, housing crisis, workers right issues, and/or struggling with mental health, please...

END_OF_DOCUMENT_TOKEN_TO_BE_REPLACED 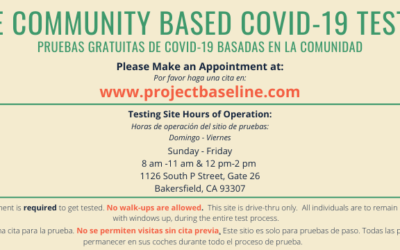 Free #COVID19 testing is now available for all Valley residents! Visit: www.projectbaseline.com to register for an appointment TODAY! Hours of...