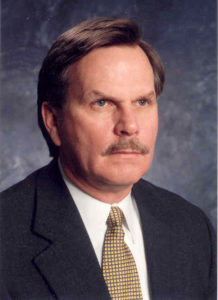 James Garrison is president of Pacific Federal, LLC (PacFed) in Glendale.
Founded by Garrison in 1977, PacFed was acquired by Zenith American in 2017.

One of the nation’s largest employee benefit administrators, Zenith American provides health & retirement administration solutions to approximately 2-million families from over 45 Zenith-locations across the US. Jim has worked continuously in the health insurance industry for more than 40 years.

Among his many professional endeavors, Jim serves on the executive board of directors for the Los Angeles Chamber of Commerce and as co-chair of its Health Care Council. He is also a member of the board of directors for the Dolores Huerta Foundation, El Proyecto del Barrio and Music Fund of Los Angeles, and chairman of the Development Council for Loyola Marymount University’s Center for the Study of Los Angeles. He is a past member of the California Electoral College and the California Democratic Party Finance Council.

Garrison and his wife Rachel reside in Glendale, CA and have four grown children and eight grandchildren. They are past recipients of the March of Dimes Premiere Parents Award. One of their shared passions is making Chicano artwork accessible to Angelenos through their support of local artists and public exhibitions. Rachel and Jim enjoy boating and skiing.