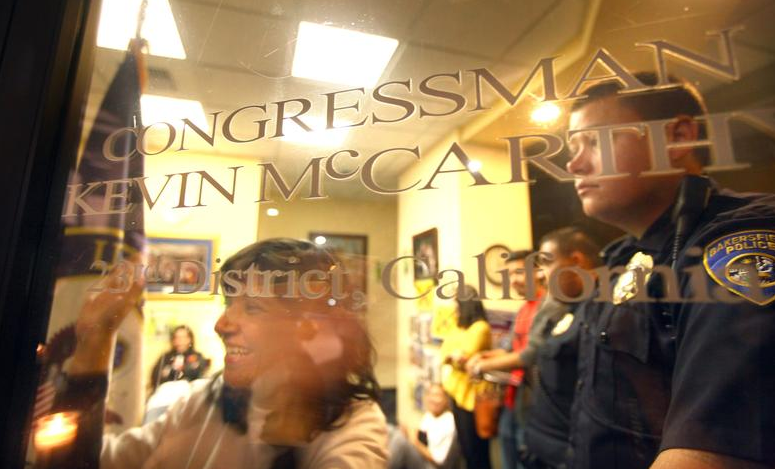 Lori DeLeon and Juana Chavez of the Dolores Huerta Foundation, in association with 11 other courageous women from the UFW, CHIRLA, Mujeres Unidas y Activas, the Kern Coalition for Citizenship, the CA Table and We Belong Together, participated in a protest at Republican Whip, Congressman Kevin McCarthy’s office yesterday.

They refused to leave at closing time. They were allowed to stay in McCarthy’s office under the watchful guard of the Bakersfield Police Department. They wouldn’t allow anyone in or anything to be brought to the women, including food. A dedicated group of individuals held vigil outside the office in support. 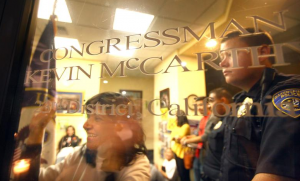 The women planned to stay overnight and greet the staff in the morning, but were informed that the Capitol Police were shutting down the office until Tuesday. The Congressman made an appearance at midnight to meet with the women, albeit rather defensively. The women engaged the Congressman, made their demands, and exited peacefully after he left.

Read an article in The Bakersfield Californian.