Bakersfield LGBTQ and the Dolores Huerta Foundation have joined forces to host the Bakersfield “Stand Up, Speak Out March” in conjunction with the National Pride March on Washington D.C. and simultaneous solidarity marches across the nation.

“Stand up, Speak Out” will commemorate the one year anniversary of the Pulse Orlando Nightclub shooting, where gunman Omar Mateen murdered 49 attendees and injured 53 others at the gay nightclub on Latin night. This massacre marks the largest hate crime targeted at the Lesbian, Gay, Bisexual, Transgender, Queer/Questioning (LGBTQ) community in American History.

The “Stand Up, Speak Out March” will honor and remember those who lost their lives, or were injured, in the June 11th massacre and mobilize the Bakersfield community to advocate for legislation and policies that promote the well-being of LGBTQ persons and their access to opportunities for success locally and around the world.

The march will end at First Congregational Church with speakers calling for community action to: 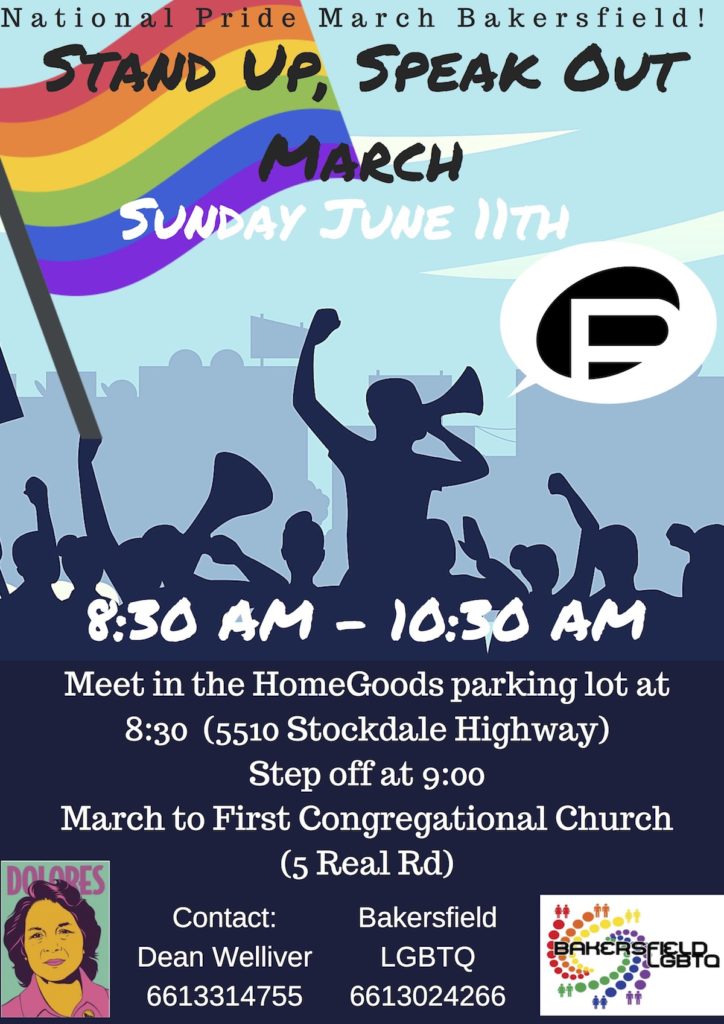