It is with great excitement that we announce the world premiere of DOLORES, a film about legendary civil rights leader Dolores Huerta, today at the 2017 SUNDANCE FILM FESTIVAL.

The documentary was directed by Peter Bratt and executive produced by Carlos Santana. Dolores Huerta, her family, and civil rights leaders, such as Gloria Steinem, Angela Davis, Luis Valdez, among others tell the story of Dolores’ lifetime fight for social justice from grass roots organizing to farm worker rights, to brown power, immigration, feminism, the LGBT and environmental justice movements and beyond.

For a historical film that focuses on American civil rights abuses of 50 or 60 years ago, the film is very poignant in our current political climate.

Please help us show potential distributors that there is a huge audience for DOLORES by engaging on social media POST/SHARE/LOVE! Gracias! 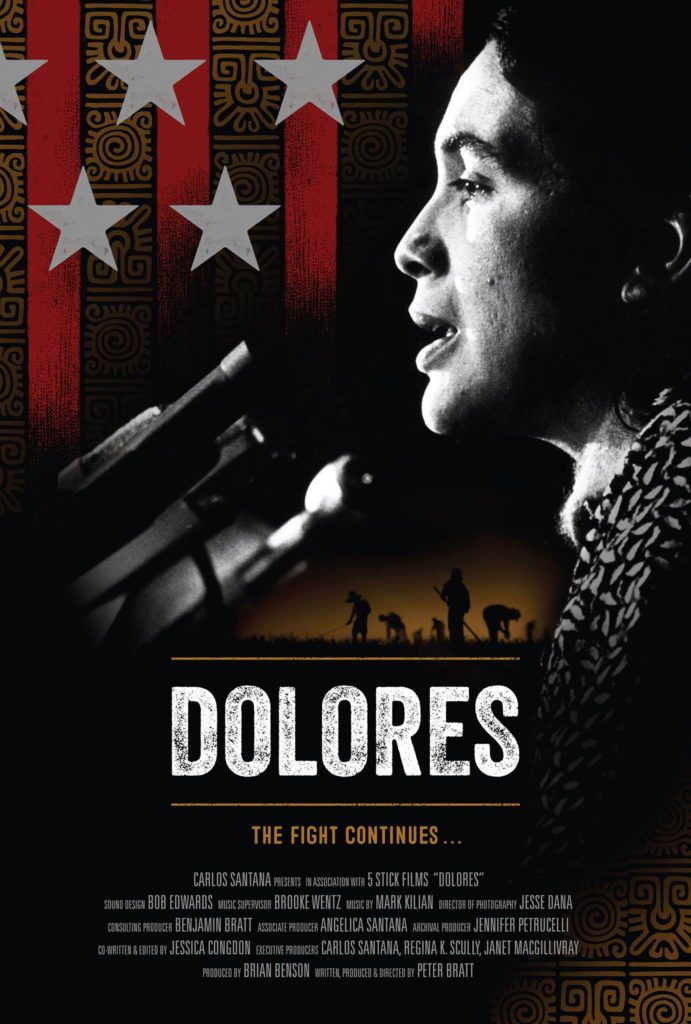