Meet at Hollywood and Vine in Los Angeles, CA and march to Wells Fargo. Then rally outside of Chase @ Sunset

Award-winning actress Jane Fonda — a sharp critic of the government’s failure to honor treaties with Native American First Nations – supports Standing Rock. She is taking her money out of Wells Fargo for #NODAPL

Fonda, in addition to joining the group, has donated four much-needed Mongolian yurts and five bison. Yurts — round, semi-permanent tents reinforced with framing and usually equipped with a heat source doubling as a stove in the center — are traditional housing used by nomadic cultures for centuries as defense against the elements for their ease of portability.

For her part, Jane Fonda has already participated in an arts education program at Solen Middle School in the Standing Rock Sioux Reservation earlier this year. Indeed, the activist and actress is no stranger to the American Indigenous rights movement — in 1969, she supported the Native American occupation of Alcatraz Island, intended to garner attention to continued treaty rights violations and the need for Indigenous sovereignty.

“I came away with the belief that what is happening at Standing Rock is an existential confrontation between two opposing world views. One is represented by the Indigenous Water Protectors and their allies who believe our future depends on respecting the land and water on which human life depends. The people on the front lines are very brave. They stand, carrying their banners, chanting, and praying with arms reaching toward the sky.” said Jane Fonda. 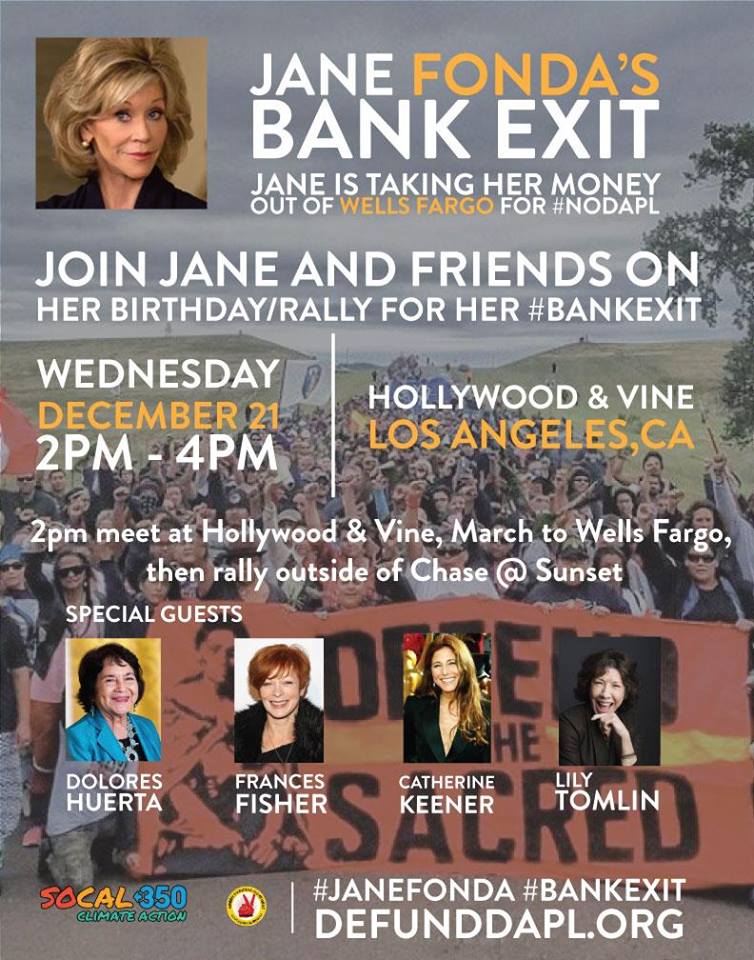