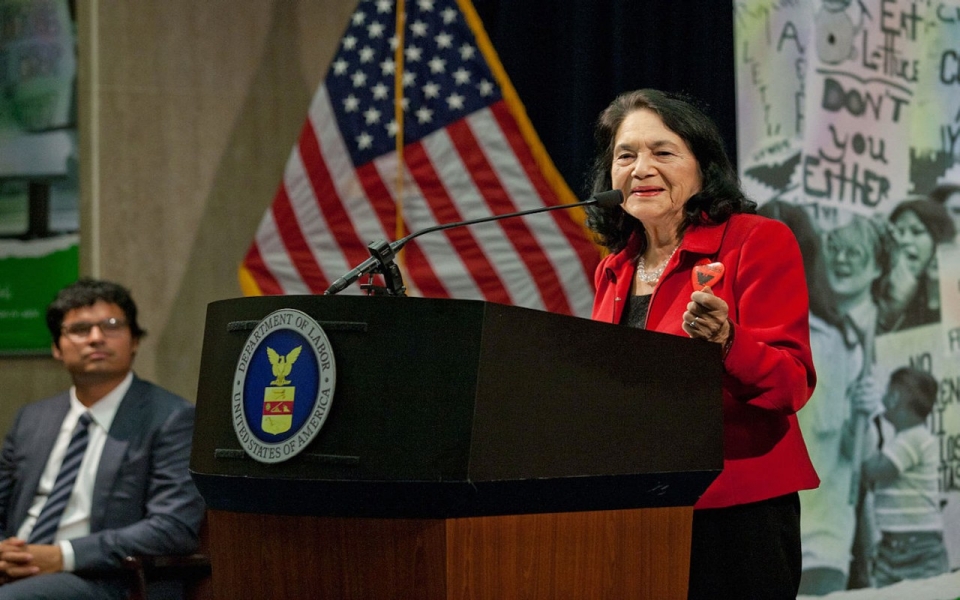 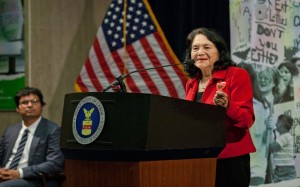 From Aljazeera America: “In an exclusive interview this week with The Stream ranging from the latest “Cesar Chavez” movie to issues impacting Latinos in the United States, prominent labor rights activist Dolores Huerta said that getting U.S. Latinos to express their political power through voting is the biggest challenge facing one of the country’s fastest-growing and most populous minority groups.

“We have many people who are comfortable to vote but just don’t vote,” Huerta said on the phone from her office in Bakersfield, Calif.

Her comments come at a time when voter turnout for eligible Latinos has declined, according to Pew. Although a record number of Latinos – an estimated 11.2 million – voted in the 2012 national elections, turnout was at 48%. This is a drop from 2008, when an estimated 49.9% of eligible Latinos voted. In contrast, the 2012 turnout rate for blacks was 66.6% and 64.1% for whites.

Huerta, who co-founded the United Farm Workers (UFW) in 1962 with Cesar Chavez and now heads up the Dolores Huerta Foundation, believes that the lack of political interest has to do with how little value Latinos place in voting. Such revelations are important, she says, given that bills surrounding comprehensive immigration reform — strongly favored by Latino voters — still languish in Congress.”